If you read the winner’s post 2 weeks ago you know that my son Phil won a @DrPepper sponsored trip to the 2009 SEC Championship game. This was a restricted sweepstakes that I posted on the Secret site and it was restricted to 27 states. There were 5 grand prize trip winners and 3 were Sweeties Secret Sweeps members.

My son took good ole’ Dad since they are both huge football fans and have been playing an ESPN Fantasy football game together all season long. They both live and breathe football so this was a perfect trip to win. My son said it was considered the best college game of the year. The game was played in Atlanta at the Georgia Dome – Alabama vs Florida.

My son and husband sat with Anna, a Sweeties Secret member who also won the trip. This picture is of Phil (my youngest son), Greg (my husband), Rama (Anna’s boyfriend) and Anna. They were doing free hair/face painting so Anna thought she’d be festive. She doesn’t normally have red hair! 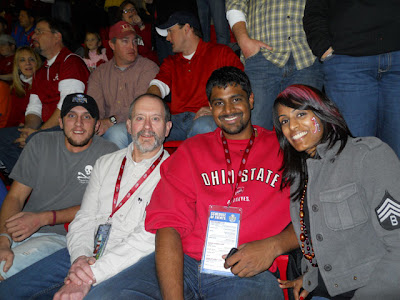 Thanks to Georgia from the chatroom who told me about the parade that was going on that weekend. They got to watch it from their hotel room (see below).

Dr. Pepper was the sponsor of this sweepstakes and trip and they said that they were well-treated from the welcome party to the pre-game party. Everything was very organized and there was always tons of food. They even got some nice swag to take home – SEC t-shirt, hat, pins, and magazine.

My son put pictures on his Facebook account and gave a bit of narration for each pic so I will let you see how the trip went in his words and from his pictures. This is the first professional college game he or Dad have ever been to.

Click on a picture if you want to see it larger. 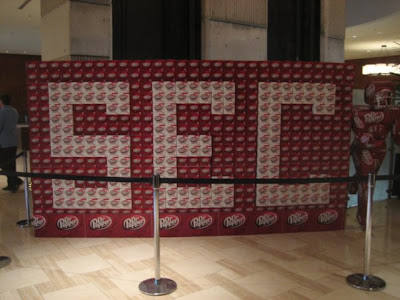 The Dr. Pepper Registration at the Hotel. These are Dr. pepper cases stacked up to spell SEC. Pretty cool. 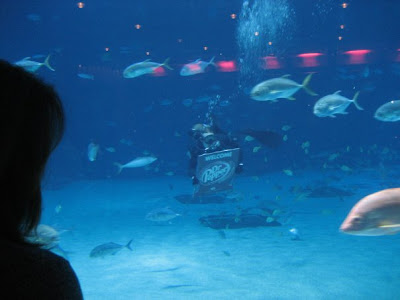 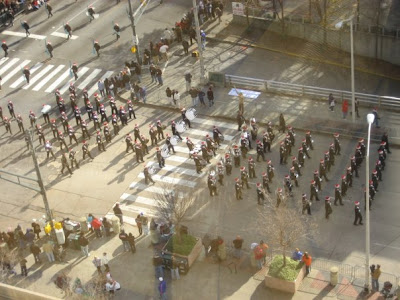 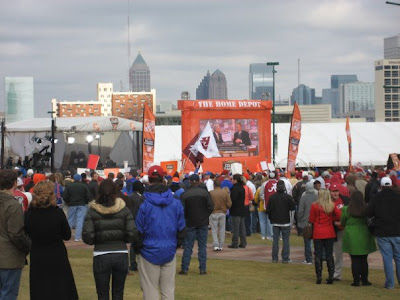 College Gameday presented by Home Depot…right outside the hotel 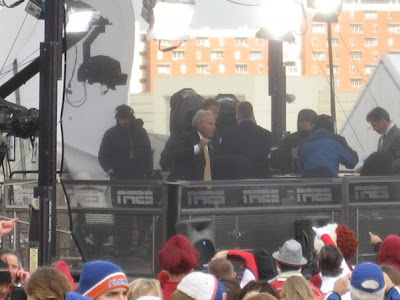 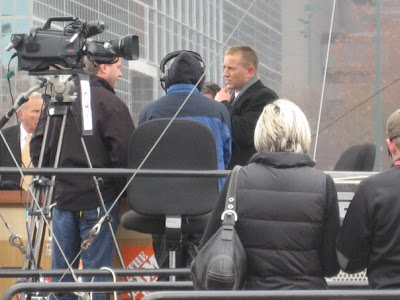 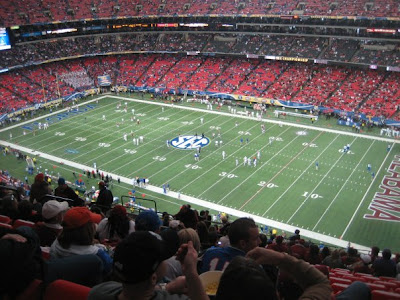 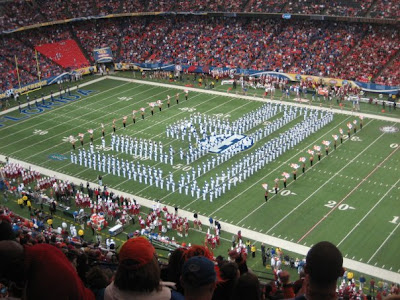 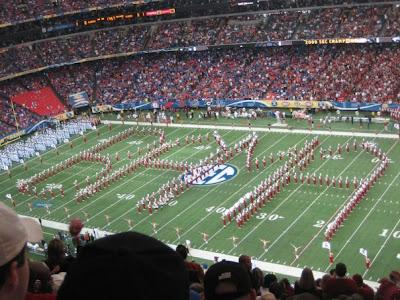 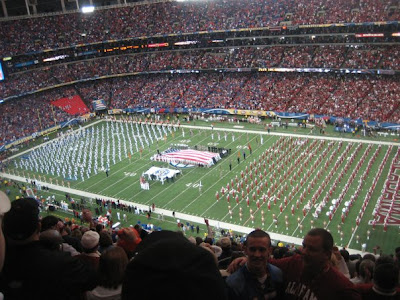 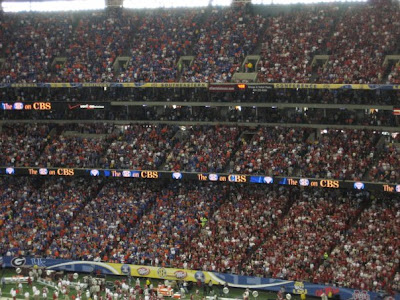 Can you see the split between Florida and Bama fans? 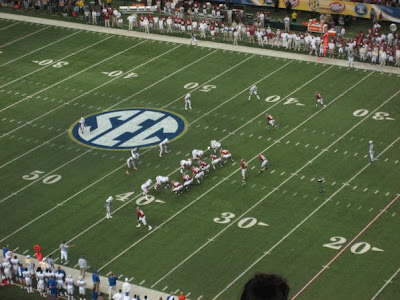 Come on now, does it get any better? 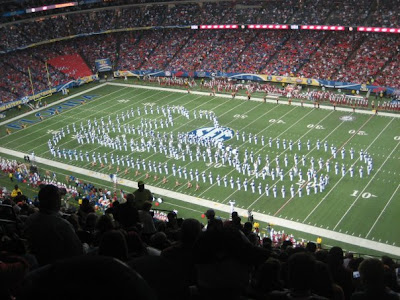 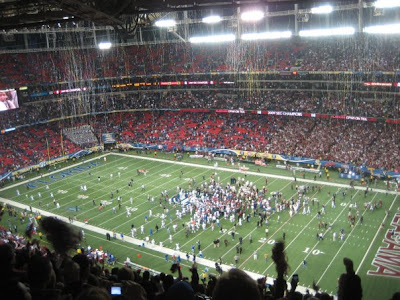 And that’s the ballgame folks 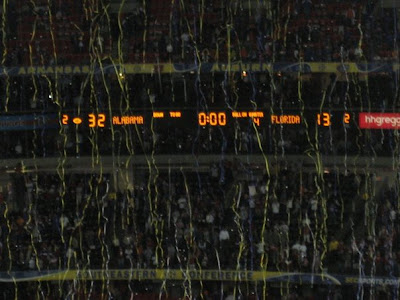 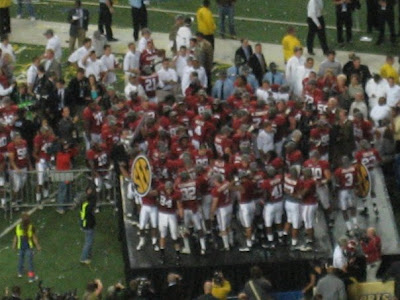