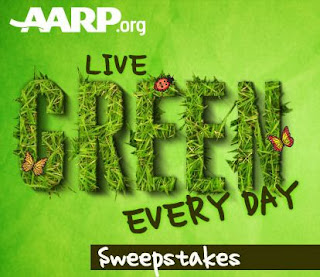 If you’ve got a great tip for living green, we want to hear about it! Submit your idea today, and you’ll automatically be entered into our sweepstakes prize drawing. Then, play our instant-win game and see if you’ll get an Amazon.com gift code worth $50!
Eligibility: open only to legal residents of the forty-eight (48) contiguous United States (including District of Columbia) who are at least eighteen (18) years old at the time of entry.

Sweepstakes Drawing: Administrator will randomly select six (6) potential Sweepstakes winners, from all eligible entries on or around November 16, 2009. Instant Win Game: Forty-two (42) random, computer-generated winning times, one (1) per day , will be generated during the Promotion Period. If you are the first player to play the Instant Win Game at or after one of the randomly generated times, you will be a potential instant winner of the prize indicated.