Enter the Boston Market Summer Sweepstakes for your chance to win a 5 day / 4 night luxury Orlando vacation for four. 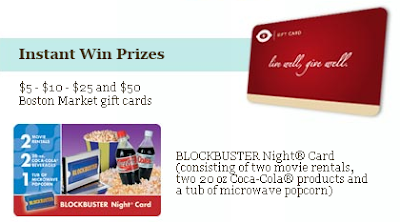 How to Enter: Visit www.bostonmarket.com/sweepstakes.

Entry Limit: You can play the ring toss games as many times as you want each day, but you will only receive one (1) Instant Win Game play per day after the first time you play the ring toss game. Each participant may receive one (1) Sweepstakes entry/Instant Win Game play per day during the Promotion Period. Each participant may enter up to one hundred and twenty (120) Codes to receive up to one hundred twenty (120) entries/plays, regardless of method of entry, during the Promotion Period. 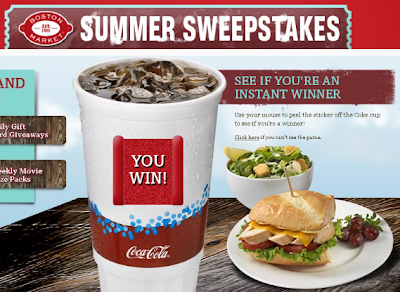