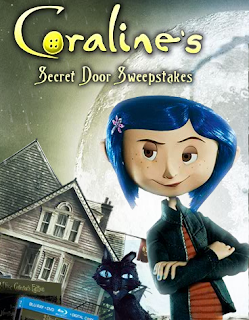 xplore the exciting, enticing world of Coraline Jones when you enter Coraline’s Secret Door Sweepstakes for your chance to win the incredible $10,000 cash grand prize, plus great prizes instantly.

How to enter: Visit universal.promo.eprize.com/coraline

For Amazon.com Gift Code Prizes: Winners should address any issues regarding Amazon.com gift codes directly with ePrize. If you have questions about redeeming your gift code, please visit www.amazon.com/gc-redeem.