I received an inquiry from a reader who asked about what to do if he were to win a grand prize. 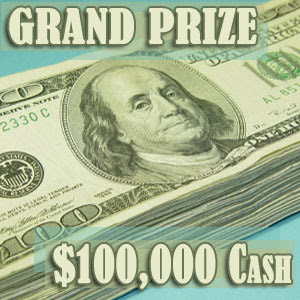 You have won several large items so you know what to do. I was unable to find an article anywhere on your page that details what you are supposed to do if you win a big prize. Most of the sweeps I’ve seen say something about executing an “affadavit of eligibility, publicity/liability release and returning it to the prize administrator” within a short period of time or forfeit the prize. Where does one go to get and handle these forms? Does the sponsor help the potential winner with these forms? It’d be a shame to lose a nice prize because of not returning the right forms.

I haven’t written an article because the paperwork you receive will tell you what to do and each company does it slightly different. However, since you asked, here are some of my suggestions for handling a grand prize win. 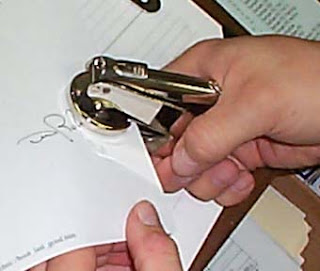 The standard thing that will happen when you are notified of a grand prize win is that you have to get an affidavit notarized. An affidavit is a set of official paperwork that basically says that you agree with the official rules, that you are eligible to win the prize, and that you followed the official rules to enter to win said prize. This is why it is so important to read the official rules and follow them. If you enter something you aren’t eligible for and actually win you could lose the prize so make sure to read the rules and don’t enter if you aren’t eligible. A notary will have you sign the paperwork and then they will sign it and use their seal to make it official. They may also document it in a ledger.

Remember, when you get something signed by a notary you are signing a binding set of paperwork that says you swear in front of a witness that what you are signing is the truth. Kind of like getting married but a lot more fun when it comes to sweepstakes win 🙂

Two notaries left comments (see below) saying that when you sign paperwork and have it notarized it is not to swear that what you are stating is the truth but to verify you are who you say you are.

On another note, there have been many times I got an affidavit signed that the notary asked me if what I am agreeing to is “true to the best of my knowledge” and when I sign and say yes, to me that means I am agreeing to what I just signed. Either way I would suggest that you follow the rules and only enter those sweepstakes you are eligible for. I appreciate the notary’s comments.

I suggest that you use your local bank to get the affidavit notarized because it is free.

When you are sent the affidavit to fill out there is usually a letter attached with instructions about how to return it whether by fax, by mail or sometimes they include a return envelope for overnight delivery. It will also tell you what paperwork needs to be filled out, when it is due, and when to expect your prize. There should also be a contact person on the paperwork so you can call or email them if you have questions.