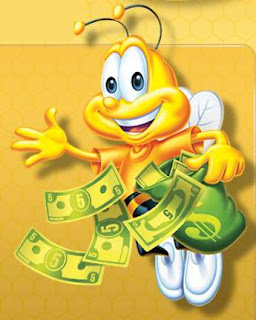 There are over 40,000 cash prizes to be won so this is another one of The Winnables!

Eligibility: open only to legal residents of the fifty (50) United States and the District of Columbia who are at least eight (8) years old at the time of entry. If you are under thirteen (13) years of age, you will be required only to enter your first name and e-mail address, a parent’s e-mail address, and the code.

How to enter: Visit generalmills.eprize.net/nuts

This is the winning screen from Brandi from Arkansas 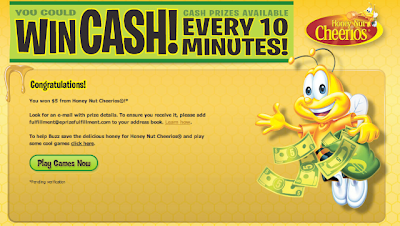 Sweeps Rating: Sweeties Pick/Winnable – lots of prizes; you can win 10 prizes; you can play 10 times per day using the same code; the code is provided on their site so you don’t have to send away for it; they offer cute downloads if you don’t win that day.